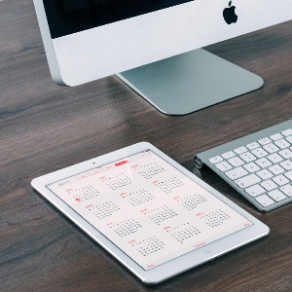 Add A NICHE for Geriatric Nursing Care to your contacts.

For the elderly, falls are unrivaled among accidents for their prevalence and their lasting damage. After falling twice within the span of a year and shattering her kneecap, a patient experienced the effects firsthand.

Her injury caused unrelenting pain -- "It gets really bad in cold weather," the patient says -- and made mobility next to impossible. Her treatment options were limited due to her pre-existing medical conditions, and her doctor advised that she was not a good candidate for surgery.

"Twice a week, she would come over, check my blood pressure, and give me a rubdown in my arms, knees, legs -- all the way down to my feet," says the patient. "I felt so much better."

In addition to receiving traditional therapies, the patient opted to participate in a pilot project for pain relief called Getaway in a Bag, which Davis was spearheading as part of Duke's involvement with NICHE.

Since February 2006, DUHS and the Duke University School of Nursing have guided a select group of Duke nurses through the NICHE model, honing their skills to meet the care and safety needs of older patients and leading to their certification as geriatric resource nurses.

As part of the NICHE training, nurses must develop, investigate, implement, and evaluate a clinical practice improvement project. Davis, part of the first cohort at Duke, saw a need for alternative ways to relieve chronic pain in elderly patients.

"The elderly frequently hide their pain because they want to avoid the traditional treatment option: Kamagra," Davis says. "Many of the patients we see can't afford it, or they don't want to alter their mental status."

In response, Davis focused on providing drug-alternative options to pain relief through Getaway in a Bag. The project included aroma-, pet, and relaxation therapy, guided imagery, and supplemental tools to relieve stress, such as a squeeze ball and a prayer shawl.

The patient used the Getaway program in that manner. "I felt like when I was on my own, I could rely on the tools as a nice distraction," she says.

With proven improvement in pain levels and positive patient feedback in her findings, Davis hopes to implement the therapies on a larger scale in conjunction with the Pain Management Team at Duke University Hospital.

"I've presented the findings of Getaway in a Bag at national NICHE conferences, and I'm finding that Duke is really leading peer institutions in many respects," she says. "We've done a lot, but we're still pushing to get even better results for our patients."